The newly-promoted America Mineiro is hosting Internacional in this round of Serie A, so read our preview of this game if you want to know more about it and if you are looking for some free betting tips.

Our free betting predictions and tips for America Mineiro vs Internacional

The game between America Mineiro and Internacional is not so easy to predict, so check out some of our favourite betting tips for this match:

America Mineiro and Internacional to Draw

America is one of the few teams remaining in the league without a win, so they will have a strong motive against vice-champions who are not playing at their best. Furthermore, America Mineiro has had some success against Internacional in the past since they’ve won two of their previous four duels. However, we expect to see a draw in this game.

The last three matches between these two teams have gone under 2.5 total goals, including the one that went to penalties in Copa do Brasil. With that in mind, we expect to see something similar in this game as well. After all, America averaged 1.5 goals per game so far in the league, so they obviously like to play low-scoring games and know how to do it.

While the home team is looking for their first win of the season, the guests are trying to get into form in which they were last season when they lost the title by a point. With that in mind, let’s take a closer look at the teams:

The newly-promoted team is struggling a bit at the start of the season, which is not unexpected. However, they still don’t have a win after the first six rounds and they’ve lost four of those matches so far, along with two draws. America Mineiro was also eliminated from Copa do Brasil in third round, so it’s been a poor month or so for them. Silva Ricardo is suspended for the upcoming match, while a few other players are injured.

It hasn’t been the best start of the season for Internacional, a team that finished the last season only one point behind the eventual champions Flamengo. In the first six games in Serie A, they have two wins, two draws, and two losses, which is enough for only 13th place in the standings. Furthermore, Internacional has also been eliminated from the Brazilian cup by Vitoria, a Serie B team.

You can find the best America Mineiro vs Internacional odds right here, among our top choices of odds from different bookies:

FAQ for America Mineiro vs Internacional 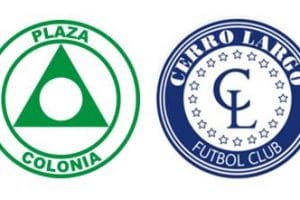