Both clubs are out of the battle for the title in Turkey and all that is left is the fight for a Champions League position.

Adana Demirspor vs Istanbul: Betting Odds & Prognosis on the clash

Istanbul Basaksehir is currently in the 3rd position in the Super Lig while Adana Demirspor is 7th but only two points separate the two.

Ladbrokes is our recommended bookmaker for this game. Make sure to double-check these odds before making your bet.

Three of the last five games ended with three or more goals being scored and the other two games had two goals – only narrowly escaping the Over 2.5 Goals outcome. In the recent games, Istanbul had a couple that ended with a lot of goals as well – the 2:2 with Besiktas, the 1:2 home loss against Fatih Karagumruk, and the 2:1 home victory against Konyaspor.

Such was the case on three occasions in the five games that were played. Both teams scored a goal in the last game played on the 1st of November last year as well. The teams have very decent attacks as they have both scored 44 goals this season and the fight for the top positions will not let them play defensive football.

The two sides enter this clash in a similar momentum and squad availability.

Before the game against Antalyaspor, Istanbul Basaksehir had a 2:2 draw against Besiktas, 1:2 loss against Fatih Karagumruk, 2:1 home victory against Konyaspor, and two 2:0 victories against Rizespor and Gaziantep.

H2H Info and Odds for Adana Demirspor vs Istanbul Basaksehir 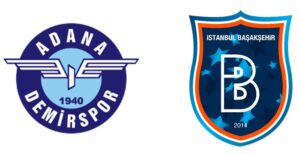