It’s not very often you can talk about Celtic being in crisis but at the moment it’s all we seem to hear. Can they bounce back from midweek disappointment to win here? Find out with our Aberdeen vs Celtic preview here along with the predictions and free tips we mention along the way.

Aberdeen vs Celtic: Our top tips

After seven games Celtic and Aberdeen are sixth and seventh in the Premiership standings. Very few people would have thought that would be the case. The fact is though that neither outfit can string any form together at all. Aberdeen haven’t won in eight matches whilst Celtic have only managed two wins in the same timescale. Celtic, who are favourites, were humiliated in the week against Leverkusen and now visit a ground where they’ve failed to take anything more than a point in their last two visits. We don’t see them winning this one either.

Both teams will score goals

Although neither team are in very good form we don’t think the match itself will stink the place out. We’re predicting that both teams will find the net albeit that might come through the defensively being about as rigid as wet paper bags at the moment. Celtic, who have one clean sheet in their last five have shipped 10 goals across their last five matches whilst Aberdeen have also conceded 10 in five. With both averaging two goals against per game clean sheets don’t sound like the order of the day.

Finally, we come to our last prediction. We’re going for the over 2.5 bet. We’ve already spoken about suspect backlines in our previous tip and that largely underpins this punt too. Aberdeen have only seen two of their last five go over 2.5 but with a total of 14 goals in that time their average of 2.8 goals per game paints a much more rosy picture. Celtic have gone over 2.5 in three of their last five, which is already a decent stat. Those games have served up a total of 17 goals; that’s 3.4 per match.

The best odds for Aberdeen vs Celtic

One of the big sub-plots to this game is Scott Brown facing his former side. The midfielder arrives in good form too having netted in his last outing for Aberdeen. Beyond that, Aberdeen need a win – and soon. They’ve lost six of their last eight games and have drawn the other two. If they’re to beat Celtic, Christian Ramirez, who also scored in the last game, could be key.

There is no denying that Celtic are in a tough spot. Domestically, they look off the boil. In European circles they look completely outclassed. They’ve only won one game in their last five matches and that was a League Cup match against Raith. Manager Ange Postecoglou would perhaps point to his treatment room where James Forrest is perhaps the most noteworthy name.

The final word on Aberdeen vs Celtic 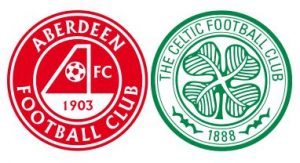