Modern-day technology has ensured many wonderful things, and watching sports without a television is just one of those.

And football is undoubtedly the most-favoured sport going, with millions of people now relying on streaming services in order to get their daily dose of the action. Fortunately, there are countless broadcasters who have taken this into account, offering their services for either free or a small fee.

Only the top live football streaming sites out there fulfil their legal requirements by obtaining their right to broadcast the sport*, and here we take a look at the top ten currently available.

*All the sites mentionned below have acquired broadcasting rights for major football competitions but you may not access to the content based on your location. For instance, DAZN is broadcasting EPL in Brazil, but not in the UK, where only BT and Skysports are allowed to.

Another hugely popular platform, and another that has a particular focus on football. The high definition events are available via participating TV or internet providers, such as Cox, Hulu, Sling TV, DIRECTV and Verizon among several others.

Even without this connection, there are still a whole host of free, up to date services available, including news, highlights, scores, commentary and the latest trending videos. Football, tennis and basketball are covered in-depth, as well as the lesser-spotted WWE, MMA, horse racing and eSports.

Launched in 2013 and based at Queen Elizabeth Park in east London, the self-proclaimed ‘Heart of Sport’ broadcast a wide range of sports including rugby union, UFC, boxing and MotoGP, with millions of customers nationwide utilising these services.

Much like Sky, BT Sport features the English and Scottish football calendars heavily, but differ thanks to their exclusive deal with UEFA which sees them broadcast all Champions League and Europa League matches.

Hotstar comprises both free and paid content, the latter accessed via its sports-only package. Geographical location restrictions often present an initial challenge to access the content, but this can be overcome through the use of a VPN or proxy to unblock the restrictions.

DAZN first launched in Austria, Germany and Japan four years ago, but has since expanded to a global audience, with customers in the US, Canada and Brazil now making use of their live and on-demand sports streaming services.

And just like its location expansion, DAZN has also increased its offerings to football and several American sports, having solely operated in fighting sports. As an added bonus, the service usually offers a first-month-free option, allowing consumers to then decide if they will follow through with a paid subscription going forward.

The online bookmaker unsurprisingly made a name for itself within the realm of sports betting, but recent developments have seen Bet365 offer live streaming to its loyal customers.

The live streaming platform is available for punters with a funded account, or those logged in who have placed a bet in the last 24 hours. Consumers can then place live bets, cash-out and make use of the innovative Bet Builder feature that is so prevalent in today’s sports betting world.

Qatar-based beIN Sports comprises a global network of channels, most notable for its live football streaming services. The company currently operates in countless countries including the UK, USA, the Middle East, Australia and Thailand among many others.

It holds the rights to broadcast the majority of the major club and country football competitions including the Champions League and the European Championships, and boasts many former professionals among their commentary and punditry teams, including Gaizka Mendieta, Robert Pires and Eric Abidal.

Very new to the world of football streaming, Amazon Prime has slowly but surely become an important name in the industry. A simple Prime log-in is all that is required to get going, with the content available on TVs, tablets, phones and laptops.
Like last season in the English top-flight, Amazon Prime will once again be the exclusive broadcaster for several Premier League matches in the near future. It boasts 23 exclusive games this season, including all ten fixtures from both December midweek rounds.

American streaming service fuboTV delivers original content to mobile phones through its smartphone app, focusing on channels that distribute news and entertainment, but primarily sports, mainly MLS, as well as basketball and NFL.

It is another service that offers a trial period before a potential upgrade to its premium content, while the servers in USA and Canada mean that a VPN is necessary to enjoy the live football streams.

An online video sharing giant, Google-owned YouTube is another late arrival to the world of live sports streaming, but they have already hosted some hugely important fixtures in Spanish, Russian, US and international football.

Subject to geographical restrictions, the events are made available on the platform by official rights holders. Most notably perhaps are BT Sport, whose deal with UEFA obliges the UK broadcaster to air the Champions League and Europa League finals for free, with YouTube their preferred medium. 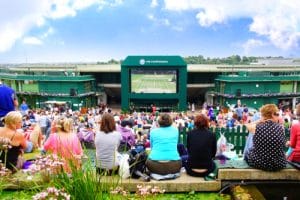