Wimbledon 2022 is almost upon us. The Grand Slam begins on 27 June and it will run until the 3rd of July. It promises to provide a fascinating amount of betting opportunities and the Wimbledon odds for 2022 also seem to suggest the same. The men’s and women’s games are quite fascinating on so many fronts in the 2022 edition with the potential for first-time winners quite high this time around.

Novak Djokovic comes into the Wimbledon odds 2022 as the definitive favourite for the title. Even though 2022 began in a difficult fashion for the Serb after being prevented from featuring at the Australian Open, he was knocked out of the French Open at the quarter-final stage by Nadal. However, the Serb is a huge fan of the grass courts and he should be incredibly motivated to close in on Roger Federer’s record of eight titles.

Djokovic has picked up six titles at Wimbledon with three of them coming in the recent three editions. Despite not having form and confidence on his side, the 35-year-old is expected to make it to the final and win the coveted honour. The 2021 Wimbledon success for Djokovic did not come easy and 2022 could be more of the same.

Matteo Berrettini goes in search of his first Grand Slam title after having come rather close at the 2021 Wimbledon when he lost to 6-time champion Djokovic. After making it to the semifinals of the Australian Open, Berrettini is keen on a major success. The 26-year-old comes into the Wimbledon betting 2022 as the second favourite courtesy of his recent successes. The Italian was able to get the better of Andy Murray at the Stuttgart Open. Rafael Nadal has not been successful at Wimbledon for more than a decade. The Spaniard is the third favourite as per the odds after successes at the Australian Open and French Open. However, Wimbledon has traditionally been a source of trouble for the 36-year-old.

Iga Swiatek comes into Wimbledon 2022 as the seed number 1. She is the strong favourite among the top Wimbledon odds in 2022. She has had a string of successes this year to place her in such a great position even if the 21-year-old has not been able to get past the fourth round. The world number one is on a 35-game winning streak going back to February. After the recent successes at the Italian, Miami, and Indian Wells Open, the 21-year-old is looking to add to the Grand Slam successes in addition to the Roland Garros title. However, both of Swiatek’s Grand slam titles have been at Roland Garros. Cori Gauff comes into the Wimbledon 2022 carrying a lot of confidence and form. Roland Garro’s success in the juniors has put her on the pro stage. The transition from the juniors to the pro stages may not be so easy for the youngster, who just turned 18 only a few months ago. However, there is plenty of belief within the youngster as she prepares for the Wimbledon and US Open. Seen as the next Serena Williams due to her powerful backhand, the 18-year-old has been committing very few unforced errors of late.

Simona Halep is the highest-priced former winner coming into Wimbledon 2022. The former world number one comes to the all-England club ranked 19th in the world. She has not managed a Grand Slam success since the Wimbledon title in 2019, which was another feather in the cap to her 2018 French Open success. Halep was able to enjoy a comfortable victory over Katie Boulter in the recent WTA Birmingham semi-finals. This impressive victory will add to the confidence considering that Boulter had been in the best form of her career. 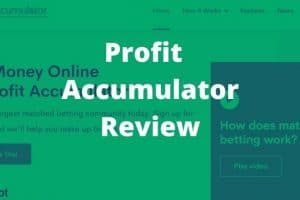 Profit Accumulator Review – Are They Still Worth it in 2022?