We are back again with our free UFC 258 predictions. The next edition will take place on February 13th 2021, and the fight between the mixed martial arts fighters Kamaru Usman and Gilbert Burns is considered by many the highlight of the event. If you are keen on betting on the UFC 258 you are in the right place.

The following table consists of our three predictions for the match-up, paired with the best UFC 258 odds on the market. For further details, we advise you to scroll down, where you will be able to find our write-up behind the bets. If you would like to quickly bet on UFC 258 it might not be necessary.

Note that the odds are subject to change at all times. You should carefully check with your picks before wagering, to prevent any unwanted actions.

The 258th edition of UFC will provide us with an exciting matchup between Kamaru Usman and Gilbert Burns. These are two fighters who both find themselves in great shape sporting some quite impressive recent results. The underdog Burns, whose win in the match is valued at the odds of 3.30 last suffered a defeat 2 years ago. Back then Dan Hooker knocked him out in the first round in a similar manner to the way Burns himself put the lights out for Damian Maia in 2020. Furthermore, we saw an impressive takedown vs. Tyron Woodley in Burns’ most recent match. The Brazilian fighter surely has improved a lot in the past years and has proved that he can land a severe strike or two. On the other hand, though, the favorite in the matchup Kamaru Usman has the upper-hand in most of the recorded stats. His significant strikes landed per minute ratio is much higher than Burns’ – 4.50 compared to the 3.15 of his Brazilian opponents. Another stat in which Usman has an advantage, although a slight one, is the significant strikes accuracy. But not only his offense is better, but his defense is also up to par. The American of Nigerian descent absorbs less significant strikes per minute than Burns and has an impressive 100% TD defense ratio. The ridiculous physicality of the favorite in this fight, paired with the fact that he also has a height and reach advantage leads us to believe that he’s a favorite for a reason and that the UFC 258 odds are correct. This is why our predictions lean towards him as well.

One thing that Gilbert Burns has going for himself is the fact that he has had more matches in the last two years – a total of five which are almost double the 3 occasions in which Usman stepped on the ring. This may sound like an advantage at first glance, but it may as well be misleading. In fact, Kamaru’s last three fights all produced 5 rounds, with only his win vs. Colby Covington coming 40 seconds shy of the fight going to distance. On the other hand, Burns’ last 5 games saw only one of them finish after 25 minutes, which means that Usman has had more time on the ring. After going through our match preview, perhaps you can already see why we’ve picked the favorite. This is one of those matches, where the upset’s possibility isn’t as high, so betting on the favored fighter is worth it, even though UFC odds tend to be very low in such cases. In this section of the article, we will provide you with more information about betting on UFC 258.

As we already stated, the favorite is favored for a reason. This doesn’t mean that the risks of him letting the win slip away are gone. However, all the statistics point in Usman’s direction. The American of Nigerian descent is the more physically equipped fighter, the more experienced one, and the one displaying much better offensive and defensive play throughout his career.

Out of all the Method of Victory markets available for UFC 258 betting, we picked this one, as it represents the way we see this fight going. Usman taking his time with his opponent, as that’s what he’s most comfortable doing. In the past, he has proven his immaculate cardio endurance, while Burns is not used to the fight going all the way. However, this may also be what losses this bet. If Burns gets way too exhausted keeping up with Usman’s tempo, he may become vulnerable way too early. Paired with the Kamaru’s advantage in striking may lead to an early KO/TKO. If you similarly to use, feel like there is such a possibility, we suggest that you skip the Usman by Decision pick, and wager on Usman winning by KO/TKO. Currently, this line is also valued higher by the bookies, which will also be to your advantage. When it comes to how Burns can possibly get the upset in the match, we believe that the most likely outcome is Burns winning by submission.

Kamaru Usman is one of the fighters who feels like he’s moving best when he’s moving at his own pace. Considering that he’s the favorite in this match-up, it’s normal to believe that he will be the one dictating the tempo of the game. And the way Usman likes his fights is in a prolonged but also intense and exhausting manner. This way he can take advantage of his physicality and his immense cardio work, which keeps him fresh, deep into the fight. In Usman’s last 10 matches, only a single one of them has lasted less than three rounds, which makes the bet of over 2.5 rounds extremely suitable.

Not an MMA fan? Consider checking out Super Bowl sportsbook offers instead! 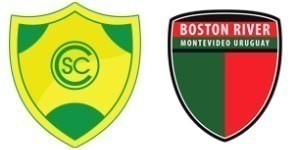