The last match in the upcoming round of the South American WC Qualifiers is the Peru vs Chile duel. So, check our preview of this game if you want to learn more about it and get some free betting tips.

Our favourite betting tips and picks for Peru vs Chile

If you are struggling to find the best bet for the Peru vs Chile duel, check our top betting predictions for this match:

Peru and Chile to Draw

Both teams are currently outside of the Top 4 which leads to the World Cup directly, although Colombia is currently fifth, which would take them into the inter-confederation playoffs. Also, both teams are very close to the fourth spot and still have a chance to reach it. With that in mind, our prediction is for Peru and Chile to draw in this match. These two teams didn’t draw in their last five meetings, so we think it’s the perfect time for that to happen now.

Peru and Chile to Draw at Half Time

Since we expect the match to end in a draw, we also expect the two teams to be even at half time. After all, that’s the most common half-time outcome for matches that end in a draw. In addition to this, Chile drew at half time in five of their nine matches in the WC Qualifiers, while the same is true for four of the nine Peru games in the competition.

In these WC Qualifiers, Peru averaged 2.78 goals per game, while Chile averaged 2.33 goals per game. Four of the last five meetings between these two teams have gone over 2.5 total goals. Despite all this, we expect this to be a low-scoring match, based mostly on our gut feeling and the first game between these two teams in these Qualifiers which ended with just two goals.

Top odds and latest stats for Peru vs Chile

If you are looking for the best odds for Peru vs Chile, we have a selection of top odds from different bookies right here:

Peru vs Chile preview: A very interesting and close duel

Both teams are currently far from being in the top five places that can get them to the World Cup in Qatar, but they are not that far as to lose all hope. So, let’s check the teams out more closely ahead of their duel:

The Copa America this summer was a successful one for the Peruvian national team since reached the semi-finals. And while their loss to Colombia in the game for the third place stung, the fans were certainly happy with the team’s performance. Meanwhile, Peru has struggled in the WC Qualifiers so far – they have two wins after the first eight games, along with two draws and four losses. This puts the team in the seventh place in the group and they will have to do much better in the remaining matches if they want to see Qatar next year.

This summer wasn’t great for Chile since the team was eliminated in the quarter-finals at Copa America, which is not the result that the fans have hoped for. However, Chile lost to Brazil in that stage, which is understandable and even expected. What probably worries fans more is the team’s performance in the WC Qualifiers until now since Chile has only won seven points from the first eight games and that’s only enough for the eighth place in the group. 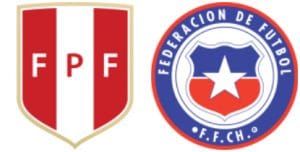 Genting Casino welcome offer: How to get your £50 promo