These odds are correct at the time of writing. Check your bet slip before confirming.

Free Match Tips from Punditfeed for Oss vs Breda

NAC Breda makes another visit in Eerste Divisie to play their next game against TOP Oss on Friday, 20 January.  The host faced a defeat against Jong  AZ in the last game while Breda come into this game after a 2-2 tie against Helamond in the league.

TOP Oss has been involved in most of the winless attempts previously and registered only one victory in the last eight outings. The team has also lost three of the last four duels at home in the league. On the other hand, NAC Breda are undefeated in the last three outings, winning two of them. In the H2Hs, Breda has defeated Oss in all of the recent four H2Hs consecutively. So we can expect Breda to take three points in this game.

NAC Breda has found the back of the net six times in the last three outings while Breda scored four goals in the same duration. TOP Oss have held a horrific defence in the recent home games and conceded ten goals in the last four hosting duels. Breda has also been unable to bring the ideal form at defence and leaked goals consecutively. NAV has helped three high-scoring totals in the last four H2Hs between these teams and the same is expected for this game.

After playing three games without a defeat, TOP Oss terminated their streak with a 1-3 defeat against Jong AZ. Their only goal was scored by Jearl Margaritha in the 86th minute, while Jong AZ’s rally was started by Fedde de Jong in the 31st minute, Sem Dekkers in the 78th minute and Mexx Meerdink in the 84th minute.

FC Oss has struggled to score goals, with only 4 goals in their last 6 matches and 9 goals scored against them. They stand in the second-last position on the table and need to get their act together. Additionally, FC Oss will be without players Trevor David and Justin Mathieu due to injuries. In the past head-to-head matches against NAC Breda, FC Oss has not won any, NAC Breda won 10 matches and 4 matches ended in a draw. On average, both teams scored a 3.29 goals per match in their direct matches.

In their previous Eerste Divisie match, NAC Breda drew 2-2 with Helmond Sport. The goals for NAC Breda were scored by Jort van der Sande in the 16th minute and Odysseus Velanas in the 56th minute, while Eros Maddy scored in the 28th minute and Martijn Kaars in the 55th minute for Helmond Sport. NAC Breda is currently in the 12th position on the league table with seven victories in 20 league outings. However, the team has struggled defensively, with opposing teams scoring 8 goals in their last 6 games.

Looking for the best odds for Oss vs Breda? We’ve got you covered. Check out our list of odds from popular bookies and a few important stats to help you make a good prediction.

FAQ about Oss vs Breda

Who is the player to watch? Jort van der Sande (Breda).
When is the kick-off time? 19:00 GMT on 20 January.
Where is the game being played? Frans Heesen Stadion. 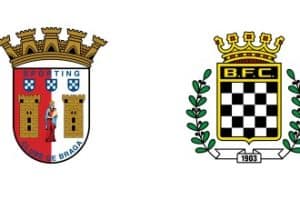 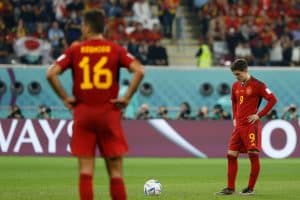