The midseason awards are here to recognize the players who have achieved success over the first nine weeks of the 2022 season. However, more than a few of the guys earning accolades at the midway point of the season might have a different story at the end of the regular season. But for now, let’s celebrate the players who have made an impact so far this season.

Allen has blossomed into the league’s top dual-threat with 2,403 passing yards and 392 rushing yards. He has tallied 23 total touchdowns, and is on course to win the MVP trophy, and has his team poised for a deep playoff run. Allen did suffer an elbow injury that might lead him to miss Week 10, but he remains the best quarterback in the league.

Hill was acquired in a blockbuster trade and has rewarded Miami with one of the most dominant seasons by a wideout. The speedster has a league-high 76 catches for more than 1,100 yards in nine games and is on pace to become the first wide receiver in NFL history to shatter the 2,000-yard barrier. Hill has posted double-digit receptions in four games and has tallied 140-plus receiving yards on five occasions this season. Parsons has elevated the Cowboys’ defense to the high standards of the early 1990s. He has recorded a pair of sacks in four games this season and is one of the league’s most difficult players to block. Parson’s all-world play has not gone unnoticed, and he led the NFL in jersey sales for October. A defensive playmaker, Parsons could be in the running for the MVP trophy if he continues his assault on opposing quarterbacks down the stretch.

Walker has been dominant since the injury of Rashaad Penny and is averaging a robust 5.1 yards per rush with 512 yards and seven touchdowns in his last five games. The fact that 40 players were drafted before the collegiate All-American is a testament to how the league devalues running backs. The rookie has broken loose on runs of 69 and 74 yards and has yet to fumble the ball in 111 carries.

Gardner was considered by some analysts to be the best player in this year’s draft, and he has lived up to the hype. He leads the NFL with 13 passes defended and has established himself as an elite cornerback with lockdown skills. The 6-foot-3 rookie ranks third in the league with a 25.5% ballhawk rate, the percentage of targets in which the nearest defender makes an interception or pass defended.

Russell who? Smith has been amazing this season and has tossed 15 touchdowns compared to six by Wilson. The journeyman quarterback was expected to be the backup to former Denver quarterback Drew Lock but won the starting job and never looked back. Smith has thrown multiple touchdowns in seven games, and his 2,199 passing yards are more than Kyler Murray, Aaron Rodgers, Matt Stafford, Lamar Jackson, and Jalen Hurts, to name a few.

Coach of the Year: Robert Saleh

The Jets have been winning the game the old fashion way with an elite defense and a solid running game. Credit Saleh with transforming the identity of a losing franchise in a short time. The Jets are in the hunt for a playoff spot this season and will be even more dangerous in 2023 when the youngsters have more seasoning. 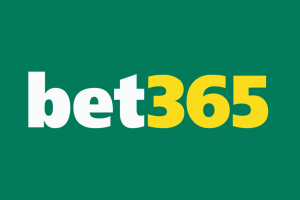